3) Destroy antennae * «Use» Plastique (4 units) that you found on level 4 on the antenna panels. Make sure that you are far away when they go off. One of antenna traps you with a force door, and you die (so make sure that the Cyborg Conversion chamber for this level has been found and fixed before you try this). There are ways to survive this if you are clever.

4) Destroy the reactor (and entire station) * Collect the 6 digits for the Reactor code on levels 1 thru 6. On each level is a screen showing one digit. These screens are always found in the same room as the Computer Nodes, and cannot be destroyed. When you recieve authorizatiom from Earth to scuttle the station (after destroying the 4 antenna on L7) go down to level R and enter the core of the Reactor (which until this point is blocked by gratings). Activate the Repulsor lift to rise to the controls. On the keypad you find there, enter the first three digits (from L1 to L3), and then the second set of three digits (from L4 to L6), and then throw the large switch next to the keypad. * Zip up to level 5 and hop into an escape pod (code 001). Be warned that there will be nasties all along the way to stop you (this step is optional). — this action will open that first locked door on level 8. You have to bump into it to make it open.

5) Destroy Shodan * Find Isolinear Chipset and «use» it on the Computer Program Entry panel to gain access to the central area. * Battle Shodan in Cyberspace. If the battle ends and you just get a still shot of Shodan’s face — you lost (try again). Shodan is a large gray cone-shaped thing an an area of Cyberspace on level 9. This area is off to the side of the main current flow, so if you just let the current carry you, you won’t find it. Explore.
Start blasting away as soon as you find her. She will immediately make it just about impossible for you to control your movement, and at the same time start obscuring your vision pixel by pixel. If you don’t nail her by the time the screen is completely filled in, you lose. I found that the only solution is to just continually fire my Pulser as fast as I could (whether or not I had her lined up in my sights at the time).

Retina Scan — on level 3 there is a door that requires a retina scan. You must find the severed head of Abe Ghiran (found in west area of level 3).

Virus Mutants on level 2 — These mutants are behind a force field, and will be released automatically when you reach the correct point in the game. Nothing you can do until then. (Trigger is jettison of Beta Grove on L6).

Elevators don’t work — you will get a message that elevator power is being diverted somewhere. After completeing the appropriate task (usually resulting in the destruction of the ‘somewhere’that the power was diverted to) the elevator will be enabled.

Dermal patches have side effects — example: using a Sight patch will work for a while, but afterwards your sight will be poorer than originally, and application of further Sight patches will not work. Use a ‘Detox’ patch to remove side effects from other patches as well as to recover from radiation damage in «hot» areas.

Broken doors — some doors are ‘broken beyond repair’. There is nothing that you can do.

Reactor destruct code is different for each game that you play.

Each Cyberspace terminal leads to a seperate enclosed area. You may be able to see some of the other areas, but cannot reach them until you get to the appropriate terminal. Each time that you enter Cyber- space, you have only a fixed amount of time before Shodan detects you and wipes you out. If you are killed in Cyberspace (Integrity Failure) the next time you enter your total time will be reduced. You may wish to Save your game before entering, and practice until you can clear out an area and leave via a normal exit. Then Save again and go back for the rest of the stuff.

Edward Diego (the Cyborg version) will teleport away when you have injured him sufficiently during your first two encounters. The third time is a charm.

Play all of those cool Games you picked up in Cyberspace !! (Note that using a Reflex patch will greatly increase your luck).

You only need to use 1 Interface Demodulator and 4 chunks of Plastique to complete the game.

Turbo Booster — select the Booster and then Select ‘Item’. You will see that there are two settings for the Booster («Skate» and «Boost»). The ‘Skate’ setting will allow your jumps to be higher and farther. The ‘Boost’ setting greatly increases your top speed, but is very difficult to control.

Jumping — use your Turbo Booster on the ‘Skate’ setting (see above) to greatly enhance your jumping ability.

Re-generating Autobombs. There are two places in the game (one in a hallway on level 7, and another in a maze area on level 9) where the Autobombs are constantly generated. No matter how many you shoot, there will always be more.

Antenna trap on level 7 — The southern antenna has a force door which closes behind you, trapping you in the explosion. There is an Access Panel behind the door which is exposed when the door closes. The problem is that you do not have the time to solve it. There are several ways around this:

A) Switch the Cyborg Conversion chamber to ressurect you. After you are killed in the exposion, you are brought back to life.
* Not the most elegant solution.

B) Crawl back behind the antenna pedastel (to the side opposite the Plastique) and crouch down. You should take minimal damage.
* Not the most realistic scenario.

D) Use a Reflex Patch to speed things up (be quick !)

The face on all of the screens is that of the infamous Edward Diego urging all station personnel to join him.

COOL STUFF: (listed on lowest levels you may find them, duplicates of many items are found on higher levels).

WEAPONS: (In order that you first run across them)

Free energy: Turn on your shield and lantern. Now click to activate your Turbo Motion Booster System («Booster») and click it off. You should get a message indicating a very low, or zero, energy drain. If you get a low reading (not zero), click Booster on and off one more time. You should now have full shield and lantern with no energy drain at all. NOTE: energy weapons, enviro-suit, and jump boots will still drain your power when you use them. (Disabled in the CDROM version).

Free Light — Hit ‘Escape’ key and select options menu. Adjust the ‘Gamma Correction’ to get all the brightness that you need.

«Could not load palette» — this error message indicates that you do not have enough buffers and/or files available to be opened at one time in your ‘autoexec.bat’ file. Change to ‘Buffers = 30’ and ‘Files = 40’.

«Don’t salt the fries» — see above about Files/Buffers. This message also could mean that there is a problem with your Sound card or your Video card (among other things). Check the CYB.CFG file to be sure that it has the proper defaults for your system.

If using SMARTDRV, use the «C» option to disable the write-back cache (may prevent frequent lock-ups).

You may recieve an E-mail from Parovski after she is already dead.

«Military Level Cyberspace Lock» doors on level 8 will never open if you have the Floppy disk version of the game. This is a known bug, and is fixed in the CD-ROM release.

Cannot put any more messages on map (‘Cannot place message’). I found that if I delete a previous message, and then get out of map mode. sometimes it’s fixed when I try to place more messages. sometimes not!

Mouse calibration un-calibrates when reloading Save games. You will find yourself drifting backwards even when not touching the mouse. Just quit the game (back to DOS) and restart. 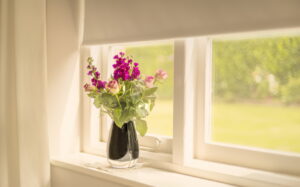